“Nick Belmonte has the knack of getting that undrafted kid and getting his pro career started. I would definitely recommend any college or released player to attend his Indy Pro Showcase.”-Mike Martin Florida State University Head Coach, 14 NCAA College World Series Appearances

“He knows talent. I can trust him. If he calls me up and says, ‘This is a guy you need to look at,’ then I’ll look into it.” – Al Avila, Vice President, Detroit Tigers

“Players that spend their time and money to attend these workouts show how hungry they are. Over the last 15 years we have had 19 players reach the ML for at least one day from our tryout camps like Nick Belmonte runs. Nick can get these kids jobs. I’ve known Nick since I was his minor league manager.”-Bill Bryk, Special Ass’t to GM Arizona Diamondbacks 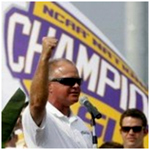 “Nick Belmonte is the one man I know that can get you a job in pro ball. Any good players looking to be signed should attend his Indy Pro Showcase, case closed.” – Paul Mainieri, NCAA College World Series Champion Head Coach – LSU Tigers and NCAA Coach of the Year

“Not only is Nick a great instructor but his ability to get young players into professional baseball is the best I’ve seen.” –Skip Bertman, Five Time NCAA College World Series Champion Head Coach at LSU and Member of NCAA Hall of Fame

“Nick Belmonte helped me get started in my pro career when I wasn’t drafted in ’93. I definitely recommend those that have the dream I had back then, attend his Indy Pro Showcase and let him help you start your pro career.” – Kevin Millar – 12 year Major League Career and 2004 World Series Champion 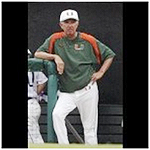 ” When I need to get a guy placed, Nick Belmonte is the first person I call” – Jim Morris, University of Miami Head Coach, 2 Time NCAA College World Series Champion

“I wasn’t drafted out of college in 2012 and went to the June Indy Pro Showcase. They got me a job in pro ball. Now I just made the Midwest League All Star team. I couldn’t have done this if I didn’t go to the Indy Pro Showcase.”- Brandon Sinnery Arizona Diamondbacks organization 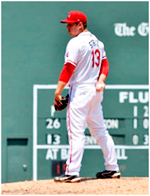 “I heard about the success of Indy Pro Showcase getting guys like me jobs. So I went to the Houston Showcase. Dave Marcon and Nick Belmonte got me placed right there. Five months later I’m number 1 on Baseball America’s Top Ten Indy Pro Prospect list. If you need to get a job in pro ball you got to go to an Indy Pro Showcase.”- Marshall Schuler, 2011 Baseball America #1 Indy Prospect

” I came from a small college that didn’t get scouted very much. Going to Indy Pro Showcase got me my shot. Nick Belmonte got me a job and now I have a career in pro ball. I recommend Indy Pro Showcase for anyone that is in the same boat I was in.”- Travis Weaver Baseball America Top Ten Indy Prospect

“Nick Belmonte and Dave Marcon have the resources to give overlooked players professional contracts the day they throw at the showcase. I attended the Jacksonville tryout and 15 minutes after I pitched for them I was sitting at a table with Hal Lanier signing a contract with the Sussex Skyhawks. Because of that I just got signed by the Boston Red Sox.”- Stephen Fox, Boston Red Sox

“Nick Belmonte and the Indy Pro Showcase has provided me, and many others, the opportunity to pursue a dream of playing professional baseball. Year after year many talented players are overlooked and Belmonte and his staff are dedicated to giving those players the exposure they need and deserve.” –Greg Lane IPS Detroit 2009 Signee

“Although Nick Belmonte and his staff do a wonderful job finding ball players an opportunity to play, the best thing is that he will help with the process of advancement in professional baseball also.” –Ben Paxton, Houston Astros