Indy Pro Showcase St. Petersburg 2014 participant catcher Dylan Kelly has had his contract picked up by the Arizona Diamondbacks. “One of the best decisions I’ve made was to come to the Indy Pro Showcase. It helped me get seen by the right people, get signed, and gave me the opportunity I have now with the Diamondbacks” said Kelly. Kelly who played his college ball for Missouri was sent by Indy Pro Showcase co founder Nick Belmonte immediately from last year’s showcase to the Frontier League’s Normal Cornbelters. After a .350 start this season the DBacks purchased his contract on May 29th. “Dylan is another example of how over 800 players we have gotten a chance to play pro baseball can get their start at our Indy Pro Showcase. We are especially proud of our players that get their start from us and get to affiliated baseball. IPS alums Cody Satterwhite is on the brink being on the Mets AAA club while DBacks Brandon Sinnery is doing well in AA with the Dbacks. It wasn’t that long ago they were at our showcase “…Nick Belmonte 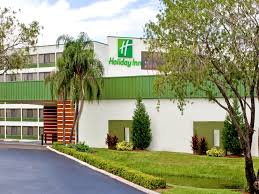 Book soon as there is limited space at this rate. The contact to book using the Indy Pro Showcase rate is Rina Patano 727-577-9100

The Indy Pro Showcase is a limited space talent showcase that ensures the best possible opportunity to evaluate a player’s talents while playing in multiple inning games. This is NOT a ‘cattle call’ with hundreds of players in attendance. This is NOT a referral service. Contracts will be offered during the Showcase. There will be representatives from at least 6 different leagues, as well as, MLB scouts in attendance.

The Indy Pro Showcase was created by Nick Belmonte and Dave Marcon to help the players that were not drafted or were not seen by professional scouts to fulfill their dream of playing professional baseball. To date, Nick and Dave have helped (signed)over 1000 players fulfill their dreams. The goal is to find that player that was overlooked and get him playing immediately.

The Indy Pros Showcase is not ‘just’ for college players. Nick Belmonte and Dave Marcon have been instrumental in helping players with professional experience find new jobs and get a second chance at pursuing their dreams.